Why Do 95+% of ALL Politicians ‘Turn to the Dark Side’ 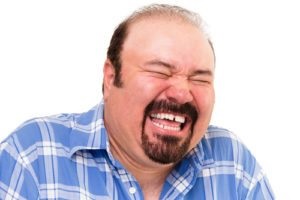 But the question is- Why do nearly every last politician become part of the problem, their results nowhere near matches how they originally campaigned, and morph from creatures of principle to creature of pragmatism?

First off, do NOT view these transformations away from their constituents to be friends of the Professional Political Class as a light switch. It is a change that nearly every politicians honestly swears won’t to them because everyone thinks they are ‘different’. (Newsflash; VERY few are.)

But once elected, the Professional Political Class (PPC) starts up the massively funded machine to work on them.  In Austin, that about 9 lobbying ENTITIES per legislator Spending in the 9 digit range (over $41 million in taxpayer funds alone, over $7 million of that reported as spent on food & entertainment!) With those resources the lobbyist, the state civil servants and their ‘experienced’ colleagues start working on them 24/7 to draw them away from constituent influence. With the weak, the ‘dark side’ can take over in a single term in office; with the strong, it can take 4-5 terms. But understand this, the Professional Political Class nearly always wins; even with those VERY few who ultimate ly resist the siren song, they will isolate and put everything they have to ‘unelect’ them, either by consolidating behind an opponent (Rep. Rinaldi) , or by convincing them  ‘resistance is futile’ and getting them to retire (Rep. Strickland).

Understand: all of this is true on BOTH sides of the aisle, but is always more severe in the dominant party, especially one that has dominated for decades. The Democrats being out of power so long has led to their legislators in Austin to generally be ‘longer in the tooth’ since the high-dollar lobbying gigs are less available to them (the Dems changed somewhat in 2018, as the GOP did in 2010-2014)

So what’s the solution? Grassroots trying to match the wining & dining & other perks? Hardly, even if we had that kind of resources, all it would do is make things MORE corrupt- and expensive. No, the grassroots has to be more organized in having a day-in/day-out presence in Austin throughout the session. And that presence has to be better informed, organized and effective, keeping a multi-session perspective.  Getting an issue successfully resolved often takes forming the issue into legislation and tweaking it one session, getting part of it done as a ‘compromise’ the next session, then get as much as there is political will to get it done in the third session. Why can’t it get done in one session? Because the Professional Political Class can’t monetize it that way,

And what about the individual candidates? The first rule; as an advocate do NOT be their ‘friend’; be their conscience.

Consider every last candidate- no matter how good they seem- has an expiration date measured at best in single digit years- and be pleasantly surprised by the VERY, VERY few that don’t go over to the dark side within 8 years. There is another creature that also rarely appears; that is the old warhorse that finally shakes it off and realizes they’ve been serving a really dark culture.  The Darth Vaders of politics. Often it is triggered by a personal affront or some given issue that the PPC had been playing too long talking out of both sides of their mouth). At first, you might not believe them, but sometimes the personal affront opens their eyes. (I personally believe that’s the ONLY way we got any significant property tax relief in Austin this last time; Sen. Bettencourt had enough of the pure BS going on in the back rooms).

Myself, I find that there is NO incumbent left in the Texas House worth putting in the free labor for and so I’m retired from volunteer campaigning for ANY of them. Three generations is enough of working to elect folks and watching them rot in office at varying speeds.

Younger folks can read this and understand what took me decades to learn. Do NOT give up working to churn those politicians in, then out of office and DEFINITELY commit to being there WHILE THEY WORK to help them turn to the dark side more slowly. And have the next guys lined up and ready to go with after they DO ‘turn’.

This entry was posted on Sunday, October 27th, 2019 at 3:56 am and is filed under Uncategorized. You can follow any responses to this entry through the RSS 2.0 feed. Both comments and pings are currently closed.